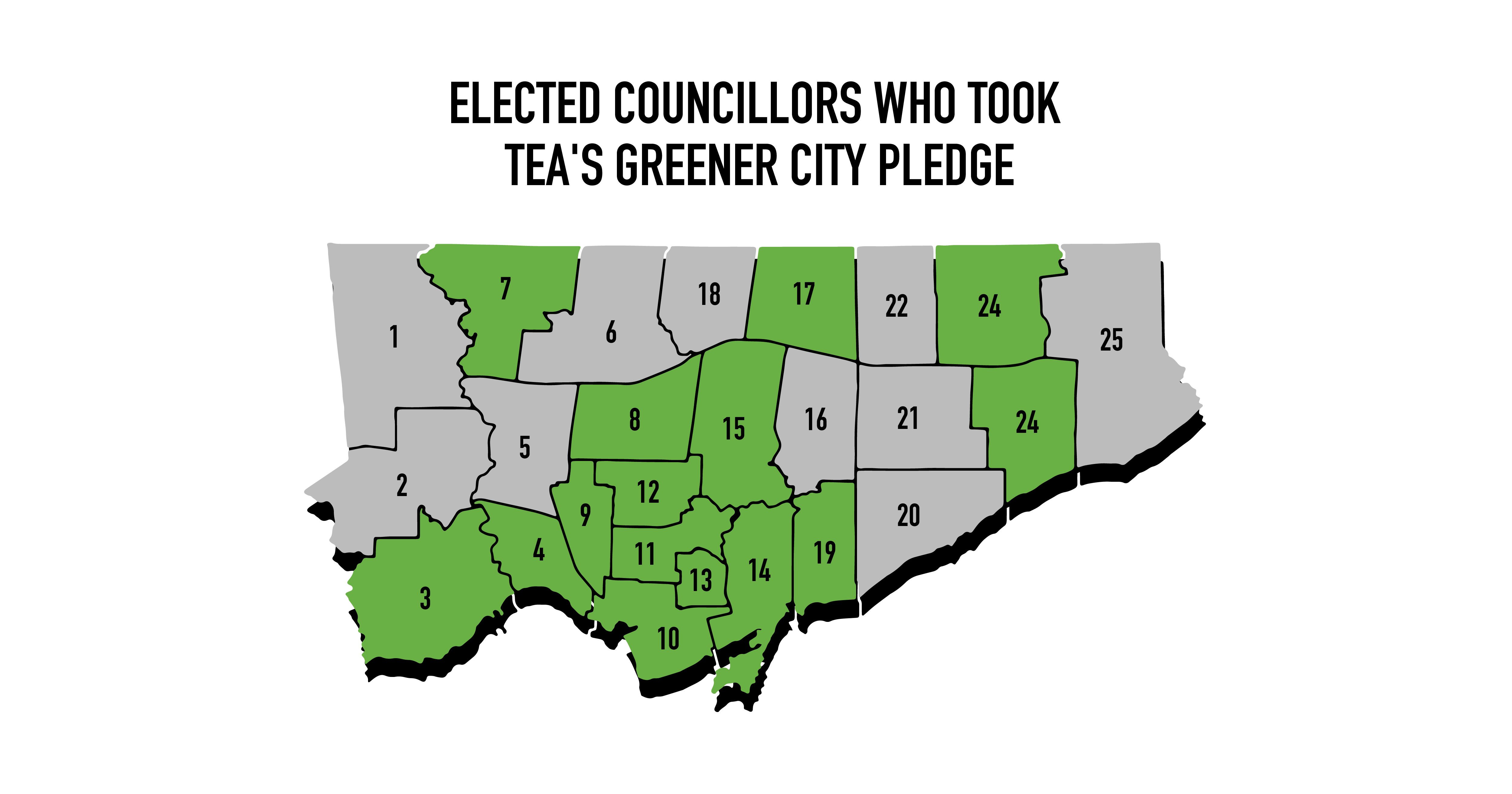 We're happy to say that a majority of Toronto's new Council took TEA's Greener City For All election pledge, committing to key actions. See who took the pledge below.